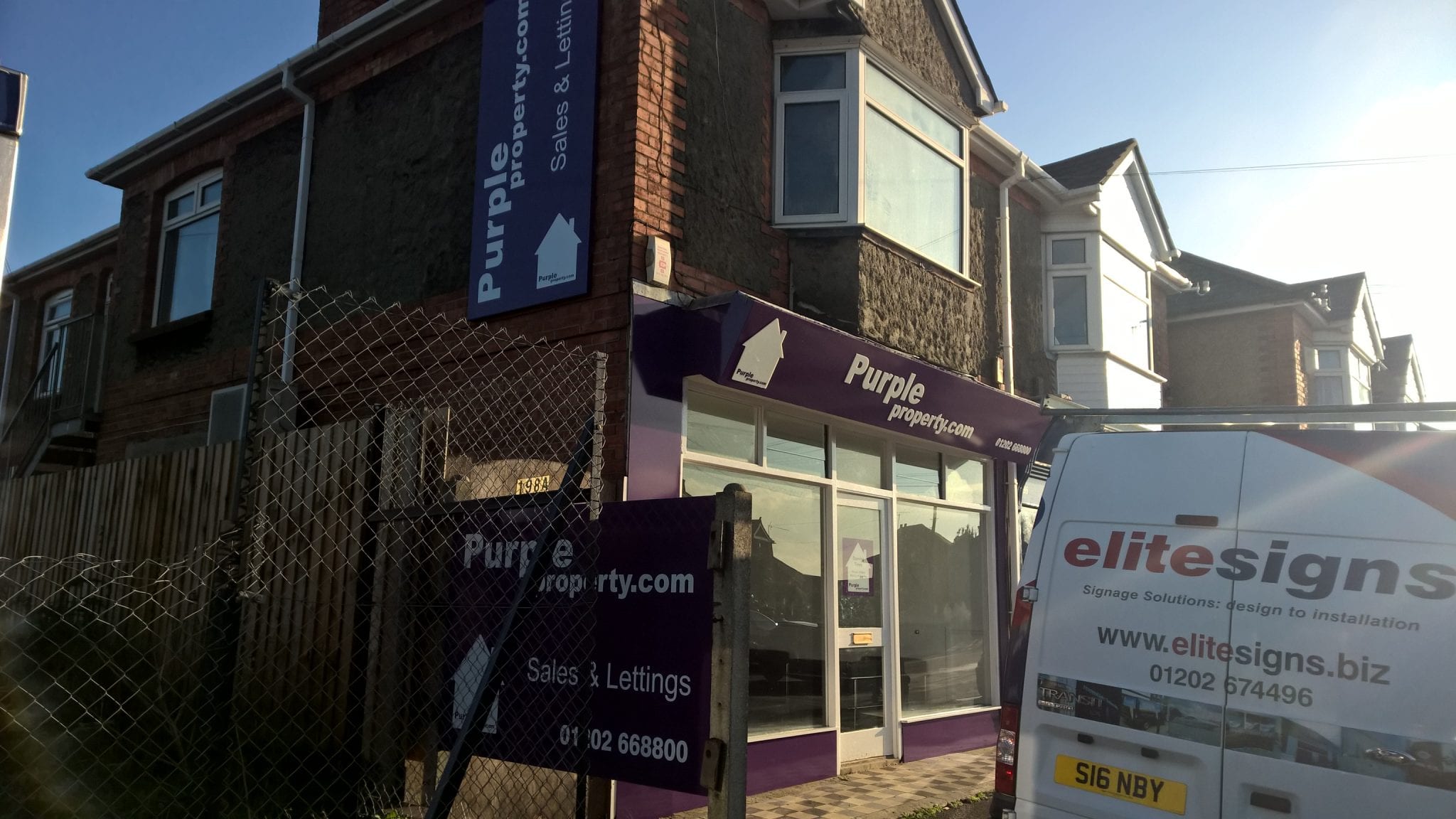 We were happy to create the new signage for Purple Property.

The previous estate agents had an existing light box and other various signage that was looking dated.

When we spoke to the customer about the various options that they wanted, they decided to have an LED Illuminated sign that illuminated the letters and logo only. We advised that we could take advantage of the existing anodised aluminium light box by removing the fluorescent tubes and control units, installing the new LED Illumination and using this for the back tray for a new folded aluminium composite sign to fit over this.

The customer was quite specific about having a discreet/not visible join and we advised that the only way this is possible, due to the sign being over the maximum panel length of building signs, we would need to route out the letters and V groove for folding into a box/tray sign later, we then two pack bonded the two half’s together and filled the join prior to wrapping the panels in the purple vinyl.

We bonded and pushed through the routed out 10mm opal letters and logo that had a 2mm rebate, allowing 5mm of the opal to project out from the face of the panels, once the adhesive had gone off we proceeded to fold the flat panels into the tray sign.

We made the replacement other signage and wrapped cut to shape aluminium composite panels to clad the shop surrounds to complement the sign.

Once on site for the installation the guys removed the existing acrylic panels from the light box and removed all the fluorescent tubes and control units, then installing the new LED illumination, once commissioned and happy with this we fitted the new folded tray sign over the back tray. We removed the other existing signage and fitted the new signs as well as the colour coded surround panels.

We make custom shaped magnetic signs with either p