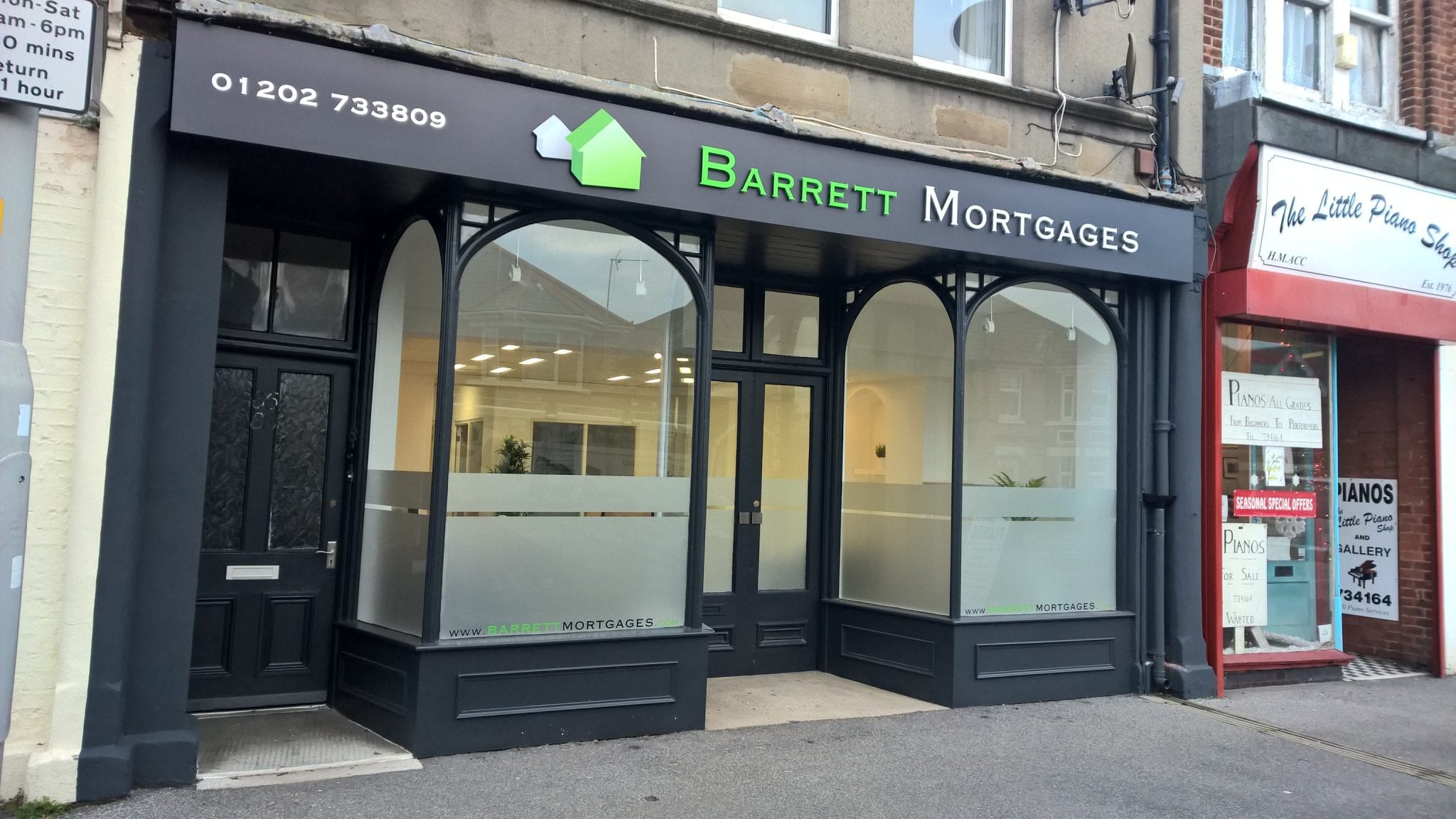 Barrett Mortgages contacted us to help with their new company signage. We were aware of this shop as we completed the existing signage project for UO2 back in 2009.

From the initial survey with the client we discussed various options for this project as the existing shop front had an old canopy obscuring the sign along with it being angled downwards like many of the older shop fronts used to be.

The customer decided from the visuals we laid out that he would prefer the sign to be squared off to give a modern clean look, he was concerned and expressed he didn’t want a join or for it to part if there was a join.

We advised the only way of building a sign over 4000mm without a join would be to use a flexi face sign, but as he wanted flat cut letters and the sign squared off we offered that we could build the sign by producing a custom made aluminium composite folded tray, then to match the new colour of the shop front we could print and apply a digitally printed matt finished vinyl in one piece therefore hiding the join from which we could then allow the folds to re-square the fascia up.

We also suggested the use of black stand-off locators as it would be more subtle than the standard white/opal coloured ones that are commonly used, then using a template we applied the stand-off letters along with the telephone number for which was double sided taped direct to the new fascia sign.

This sign was then transported to site in one piece using our one of our vans and once fitted safely then the flat cut letters were fixed to the sign.

The project was completed when the team went onsite to fit all of the signage, giving a professional look.

This was a signage project we were happy to take on and be part of helping Barrett Mortgages achieving the company branding he desired. Ensuring that the company had their advertising opportunities catered for.

For a helping hand with getting your brand seen contact us on 01202 674496 or email info@elitesigns.biz 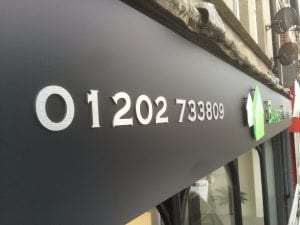 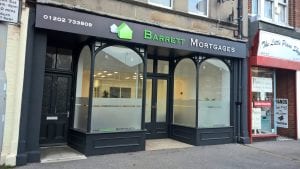 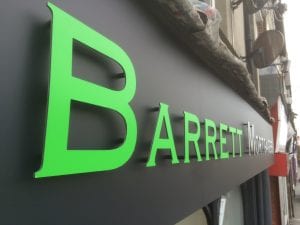 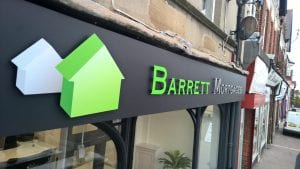 We would like to take the opportunity and thank al

Project we completed quite a while ago. Complex re

Indoor part of the signage for Bourne Dental at So