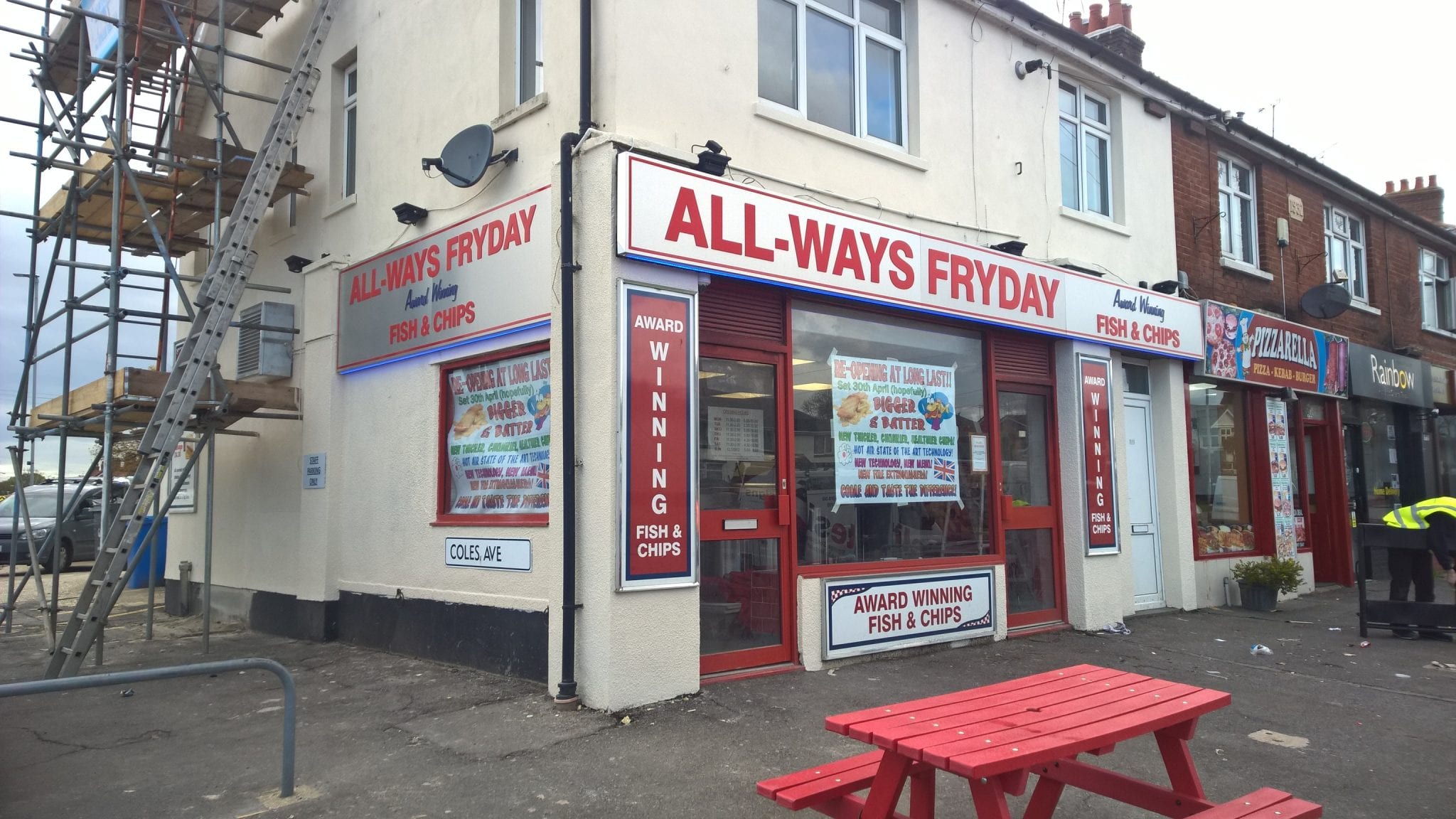 We were more than happy to take on the project of replacing and updating all the signage for ALL-WAYS FRYDAY which we originally supplied and fitted in June 2011 and was sadly damaged in a fire December 2015.

We met with Ken onsite to discuss the new look and how we could approach achieving this.

We then built a sample that was viewed and confirmed that this was the route we were going to follow.

Using brushed aluminium composite panels, we folded composite trays, cutting away the letters to then insert 10mm acrylic with routed rebates allowing the letters to be pushed through to give a face and halo illumination, bringing the sign more up to date we then used LEDs for the illumination.

As part of the build we were asked if we could supply & fit blue LED lighting under the sign, we sourced from one of our suppliers a new domed LED trim profile, we then ran this past Ken and he was more than happy with the idea and look, we then installed this to the bottom of the folded trays.

The overall look and illumination of the signage was exactly as Ken had desired and now looks not only stunning at night but during the day.

We would like to take the opportunity and thank al

Project we completed quite a while ago. Complex re

Indoor part of the signage for Bourne Dental at So